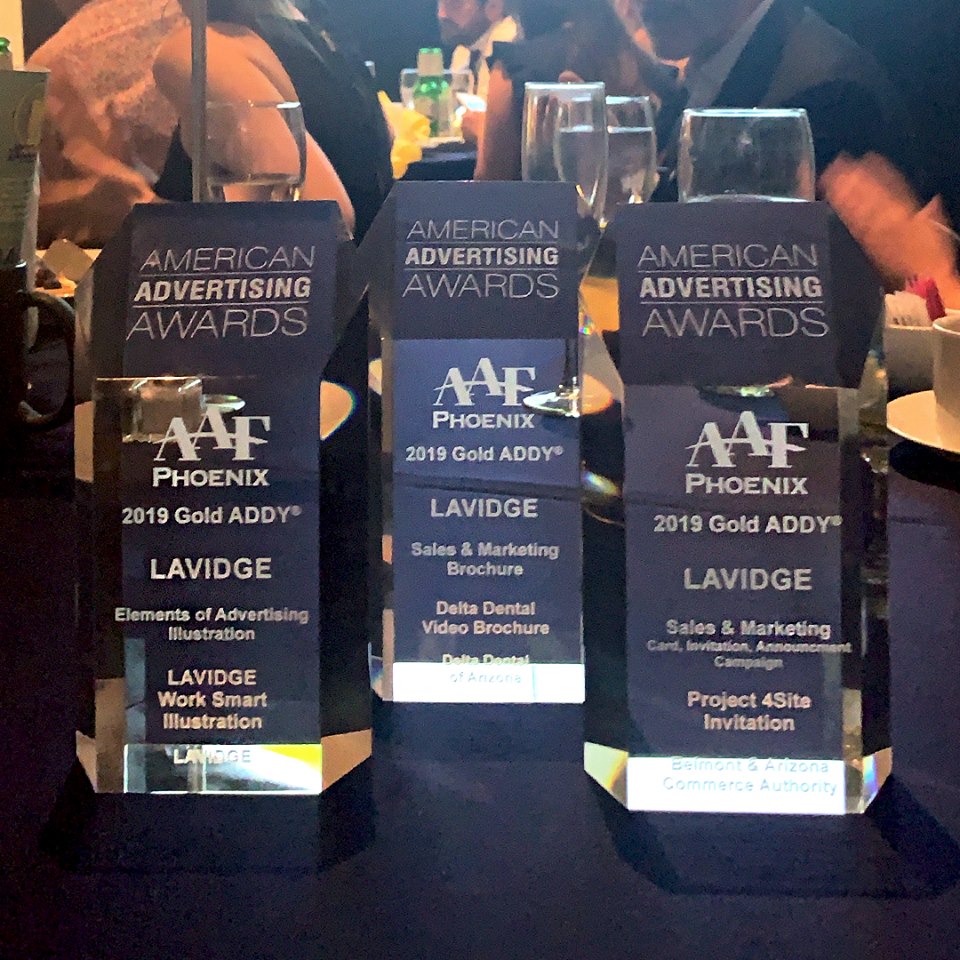 "The mission of the ADDYs is to recognize and reward the creative spirit of excellence in the art of advertising," the article states.earned ADDY awards for clients across several categories: Arizona Public Service was recognized with a Gold award for a memorial ad dedicated to the late John McCain, and a Silver award for a tribute ad commemorating Flagstaff, Ariz., and its contribution to NASA's space program and the moon landing. Arizona Commerce Authority took home a Gold award for an old-school-style invitation to a new city-of-the-future project and Delta Dental earned a Gold award for a B2B animation-focused video mailer.