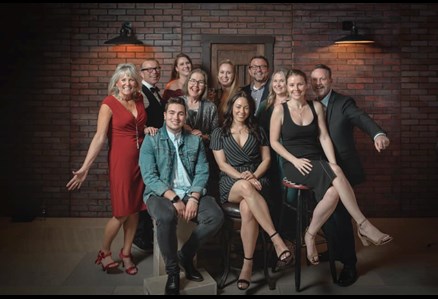 LAVIDGE earned ADDY awards for clients across several categories: Arizona Public Service was recognized with a Gold award for a memorial ad dedicated to the late John McCain, and a Silver award for a tribute ad commemorating Flagstaff, Arizona's contribution to NASA's space program and the moon landing. Arizona Commerce Authority took home a Gold award for an old-school-style invitation to a new city-of-the-future project and Delta Dental earned a Gold award for a B2B animation-focused video mailer.

Held recently at the Phoenix Art Museum, The Phoenix ADDY awards event is the first of a three-tier juried competition. Once an ADDY is won at the local level, winners compete at a regional competition and then go on to the final, national show. The mission of the ADDY’s is to recognize and reward the creative spirit of excellence in the art of advertising.

It takes more than creativity alone to win advertising competitions. “I’m very proud of the work that has been created for our clients,” said Bob Case, chief creative officer at LAVIDGE. “Our goal, always, is to create strategically sound work that drives results for our clients – compelling, creative and beautifully executed work that consumers respond to."

LAVIDGE is a Phoenix-based unified marketing services agency, offering advertising, public relations and digital marketing. Since 1982, LAVIDGE has specialized in discovering and communicating insights that engage, motivate and inspire – helping clients across a broad range of industry sectors reach their business goals. LAVIDGE’s clients range from healthcare and technology, to personal care and food service and include Arizona State University, Banner Health, ISM Raceway, United Rentals and many more. Company offices are located at 2777 E. Camelback Road in Phoenix. For more information, visit the agency website at Lavidge.com, follow on Twitteror friend on Facebook.