Consumers Spend More on Memberships than Events, Equipment or Apparel

A Time Use Study conducted by The US Department of Labor’s Bureau of Labor Statistics in 2016 revealed Americans spend 5.13 hours participating in sports and leisure during an average day. That’s only slightly less than what Americans reported as hours spent working, earning the category the rank of first runner-up.

Before they can hit the weights, shoot a few hoops or spread their yoga mats, consumers’ wallets must experience a workout of their own. Even if they don’t pony up for a gym or studio membership, there is still equipment and apparel to buy. From the sweatbands which keep their brows dry down to the perfect athletic shoes, Americans love to dress, look and feel the part.

But just how much do consumers spend on fitness, and how much of it is allocated to their own feats compared to what they dish out to watch their heroes cross the finish line at NASCAR or complete a perfect pass deep into the end zone? And who is doing the spending?

Our study, focused on the Southwest, asked respondents just that. This is what we found.

Fitness Clubs: To Join or Not to Join…

Make no mistake. Indoor sports facility management is big business. An IBISWorld.com report shows the industry pulled in $900.1 million in revenue in 2016, $124.2 million of which was profit. This included indoor courts for volleyball or tennis, complexes for swimming, basketball or soccer, ice rinks, indoor tracks and other sports facilities combined. 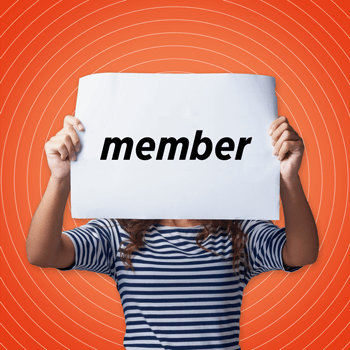 On average, our study revealed consumers spend $125 annually on memberships to such establishments, the highest-ranked expenditure addressed in our report.

Before jumping to the conclusion that fitness-minded consumers are most interested in memberships, consider this: fitness.costhelper.com published estimates showing monthly fees to join a gym or health club can range from $20 to $50, with a national average somewhere closer to $40. Some fitness establishments also charge annual enrollment fees, adding another $40 to $100 to the total bill. At these rates, the average annual cost to maintain a fitness-related membership year-round is more than $500.

Clearly, with the average annual amount spent at $125, not everyone is signing long-term membership contracts. Here’s who is most likely to be among those who do, and how much they spend annually:

This suggests that gyms, health clubs and other fitness establishments would do well to focus a significant portion of their marketing dollars on campaigns targeted to men, and to both men and women with college degrees and/or who earn $75,000 or more per year.

Hello, ‘Average Joe’: See you at the Game

Not all sports consumers are created equal. It turns out, however, those who spend time and money to attend sporting events live are, in fact, average. They spend $113 on average per year to do so. Men edged out women slightly, spending slightly higher proportionally at $168 on average per year. Respondents who earn between $35,000 and $49,999 per year reported spending $267 annually to attend sporting events, more than double overall.

It’s easy to see these sports fans are the “Average Joe,” (or Jane, as the case may be), considering those who spend the most earn less than $57,617, the most current median household income reported by the US Census Bureau, based on the 2016 American Community Survey.

Source: US Census Bureau based on the 2016 American Community Survey.

Racquets, Footballs and Jerseys, Oh My!

Those who responded to our research survey reported spending about $79 per year on the equipment they need to participate in their favorite fitness pastimes. Those with children reported spending a bit more for an annual investment of $135.

Here’s how the annual budget breaks down when it comes to apparel:

If the numbers seem small, take heart. While we don’t have the details on whether consumers are buying more softballs than socks, we do know Americans spent $44,662 million on sporting goods from sporting goods stores in 2017, about the same as the $44,723 million they spent in 2014.

Thanks to the US Census Bureau’s Annual Retail Trade Survey last updated in May 2018, we also know that during the two years in between, these same stores enjoyed a slight uptick in sales: $46,362 million in 2015 and $47,451 million in 2016. This does not include similar items purchased at general retailers.

So, we know the money for, and the interest in sports and fitness equipment exists. It’s up to you, as a marketer, to capture it.