Playing Catch Up in Retail Services

Is your company ready to challenge the industry leader?
Bob Case, Chief Creative Officer
Share This:

In the beginning, every brand was a challenger.

In 1994, Amazon started in Jeff Bezos’ garage as a small online book seller. Now the nation’s largest retailer, Amazon generated $136 billion in 2016. It’s not a coincidence that JCPenney, Macy’s, Sears and others will close 1,500 stores this year.

Yahoo owned search until 1996, when Google crashed the search engine party. By 2016, Google pulled in a staggering $89 billion in revenue as it marked its 20th year. It only took two more years for Google's annual revenue in 2018 to total $136.22 billion. You’re not alone if you barely remember AltaVista and Infoseek.

Name any industry front-runner and you’ll find competitors working hard to take their place. Should the leaders be nervous? You bet. The landscape is littered with companies that once dominated but failed to innovate when challenger brands appeared. Nokia and Blackberry fell to Apple. Facebook ate Myspace’s lunch. Blockbuster bowed to Netflix. 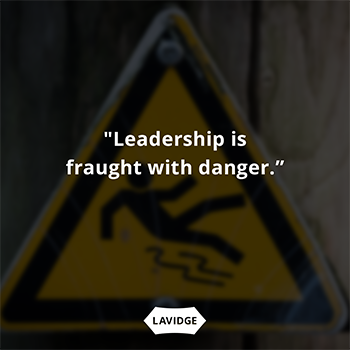 Mel Brooks famously said, “It’s good to be the king.” But try telling that to King Hamlet who was murdered by his brother, Claudius. Leaders always have bull's-eyes on their backs, and they spend an inordinate amount of time playing defense and fending off competitors that want to be on top. On the other hand, brand underdogs have an inordinate amount of creative freedom. They can be empowered to take risks, using insights and creative to level the playing field. And heck, it can be more fun to play from behind.

For businesses in the retail services and beauty industry, brand leadership is fraught with danger. Consumers don’t need a new hair style, massage or fitness club membership the same way they require fuel for their vehicles. Retail services are often seen as luxuries. In 2013, nearly 20% of the nation’s 100 brands with the most loyal customers  were in the retail services and beauty category. By 2016, that dropped to 8%, with Sephora ranking the highest at #26. Consumers might have a firm preference for either Coke or Pepsi, but when it comes to pampering themselves they demonstrate great flexibility in sampling brands that offer something new.

Here's a look at how some brands challenge for supremacy.

Whether a brand is mired in second place or new to the retail services industry and with a limited budget, there’s often a temptation to create branding that is little more than “me, too” or duplicative of the leader. We offer $10 haircuts, too. Our gym is open 24 hours like the other guys. We also have vertical tanning booths. Matching products and services can seem like the price of admission, but that can result in campaigns that feel like little more than an echo. In 2019, adopting a "me too" marketing strategy just doesn't make sense for lots of reasons. There's no catching the kingpin that way.

To break though, retail service companies can adopt branding creative that emphasizes a specific or unusual attitude often characterized by irreverence or rebelliousness. This “get noticed” branding often uses humor to create a snarky, biting personality. This is an especially effective tactic for attracting millennials, who can help stretch your brand dollars via social media sharing.

This retail services marketing tactic is the new cool kid at school who exudes an aura of mystery and hipness and therefore gets noticed seemingly without trying. Truth be told, there’s a good chance he tries very hard to be different, purposely adopting a unique persona to get attention. That’s precisely how attitude can work with new brands.

Are you truly better?

It’s difficult for any company to grow or steal market share unless they actually present a next-generation service or product, or something truly innovative. Without moving a category forward, why should a consumer care?

For years, Old Spice was a major player in men’s grooming products. Founded in 1938, Old Spice remained a popular and stable brand until Unilever unveiled Axe grooming products with an edgy advertising campaign that targeted a younger demographic more interested in sex than steering a ship. When Axe took over the market, Procter & Gamble responded with an innovative “The Man Your Man Could Smell Like” campaign starring Isaiah Mustafa that vaulted the venerated brand back into relevance.

This seesaw deodorant war is a textbook example of how challengers can win and how a former category leader will die unless it responds. Without advertising, Axe could not have competed. And if Old Spice hadn’t responded with its own campaign, it never would have regained lost market share. There’s no guarantee, but the more you spend the better the results. Increased spending can translate into amplified awareness which in turn bolsters preference. 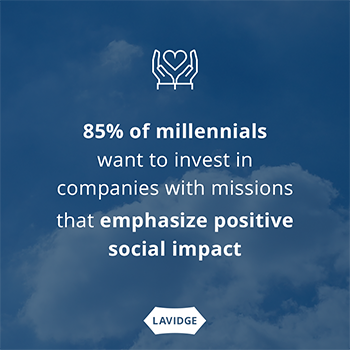 The company’s shoes are simple and functional. Nothing flashy. But the company has prospered because of its unusual promise: “To match every pair of shoes purchased with a new pair of shoes for a child in need. One for one.” To date, the company claims to have donated 60 million pairs of shoes, and is doing the same with its spinoff glasses business, TOMS Eyewear.

TOMS purpose-driven business model and marketing strategy may be 100% altruistic, but it’s also a brilliant challenging tactic. More than any other generation, millennials are making purchase and investment decisions based on social and environmental issues. US Trust, in its annual Insights on Wealth and Worth Survey, found that more than 85% of millennials want to invest in companies with missions that emphasize positive social impact.

There are a number of retail sector companies that have embraced a purpose-driven business model as a way to challenge the status quo and do good, including Warby Parker, Love Your Melon, and Pura Vida Bracelets.

In a sense, it’s easy to be the challenger. But if victorious, it’s tough to stay there. Just ask Nike, which must constantly play defense to fend off challengers such as Under Armour and a resurgent Adidas. Nike spends big on endorsements and advertising, and has been careful not to grow complacent. Nike's bold refresh of its "Just do it" advertising campaign with controversial cause marketing is one example of doing just that. Red Bull, another former challenger and now leader, continues to act like an upstart. And it's working.

If a brand has never been dethroned—such as McDonald's and Coke—they must still be wary, because a potential new threat is always around the corner. McDonald’s retains its leadership position by continual change. In 2016, the company introduced all-day breakfast , followed up the next year by testing fresh beef and a mobile ordering app. Chances are, you've even downloaded it to your mobile device, even if you haven't yet used it. Coke doesn’t win blind taste tests against rival Pepsi, but when consumers know what they’re sampling Coke is overwhelmingly preferred. That’s the power of relentless, purposeful and memorable advertising that uses emotion to cement its leadership. No wonder Coke in 2019 dares to bring back New Coke from the 1980s, for a promotion on the Netflix series "Stranger Things," which just happens to be set during that decade.

If your company isn’t No. 1 in its sector, then by definition you’re a challenger brand. How will you attack the leader? And if you are the industry leader, how are you fending off your hungry and relentless competitors?

Not sure where to start? LAVIDGE, an Arizona franchise creative ad agency, can help you brand your retail service company as an industry leader.

4 questions about your brand

Here are five questions to help plan your assault on the industry leader.

1. What is your truth? Know thyself is an ancient aphorism, but its profoundness remains modern. You can’t successfully brand your business unless you know your product’s heart.

2. What is your brand experience? A product isn’t an inert object. Neither is a service. It’s important to truly understand how a consumer will interact with your company and how they will be enriched.

3. What makes you different? If you’re not different, you’re an also-ran. That’s fine if you’re not ambitious. But winning usually demands uniqueness.

4. Are you willing to start over? We’re not suggesting you must deconstruct your company, but a willingness to do so demonstrates your commitment to building something special.

(This article was last refreshed in May 2019 to include updated content.)