Are We Addicted to Drug Advertising? 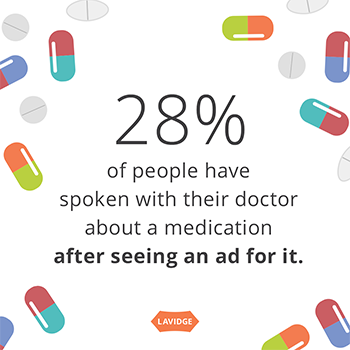 It’s impossible to watch TV, read the newspaper or thumb through a magazine without being bombarded by media ads for prescription drugs with newfangled names: Lyrica, Chantix, Xeljanz, Taltz, Victoza, Xarelto and more. Who thinks up those names, anyway? (The science of naming drugs is a story for another day, but you can read about it here.)

Every healthcare industry media planner/buyer knows that medical drugs are big business. Pharmaceutical advertising in the United States exceeds $5 billion annually. From print ads to broadcast media, and from digital advertising to event sponsorships, almost every ad-supported media wants these ads because they are lucrative and fairly consistent.

Pharmaceutical advertising hasn’t always been so prevalent. The first direct-to-consumer ads (DTCA) were broadcast in 1997. Only two countries have regulations which allow advertising from drug companies: the United States and New Zealand.

Whether you love or hate drug advertising for prescription medication, it is probably here to stay. According to a 2015 survey by Kaiser Health, 82 percent of Americans recall seeing pharmaceutical advertising. Just as impressive, 28% say that they’ve spoken with their doctor about a medication after having seen an ad for it. Here’s the big payoff: Of those who discussed an advertised drug with their prescribing doctor, 12% say they were given the drug they asked about. Clearly, ads aimed at consumers increase drug sales.

The biggest problem with pharmaceutical manufacturers placing direct to consumer ads is they focus solely on the benefits. The stated product claim doesn't adequately explain what medical conditions the drug is for, treatment options and associated risks. Print DTCAs are accompanied by columns (sometimes pages) of lengthy drug information and warnings, usually in type so small you need a magnifying glass. Broadcast drug advertising spots include long lists of potential and ominous side effects. Often, the possible complications seem to outweigh the positives. Saturday Night Live parodied these commercials in a hilarious skit staring Kristin Wiig and Bill Hader. Perhaps you've seen it, or even shared it on social media.

The FDA believes that current drug warnings in consumer advertising might not be effective because of their confusing nature. Too often, drug warnings are written in what seems like a foreign language. That’s why the FDA is considering guidelines that will require drug manufacturers to use larger fonts and consumer-friendly language in advertisements, such as:

Most new advertised drugs are expensive. And existing drugs might be just as effective. But progress marches on. New pharmaceuticals will continue to be produced when potential profits outweigh costs.

Developing an effective drug is one thing, but getting marketing campaigns noticed by the intended market is the real trick.

For example, if a new allergy drug hit the market, Arizona might be a perfect, place to promote it. The Grand Canyon State is consistently ranked as one of the worst places for allergy sufferers.

The first step in media buying is to research the audience. One of the best tools for this is Scarborough Research, which is owned by Nielsen. Scarborough offers very deep data to help parse audiences. For example, Scarborough presents the following data about people who have bought an allergy treatment in the past year.

The next step is to investigate the media preferences of this audience. That makes sense, right? First you want to know who to target, then you want to understand what media they consume. Here’s a look at what we know about people in Arizona who are known to suffer from allergies. 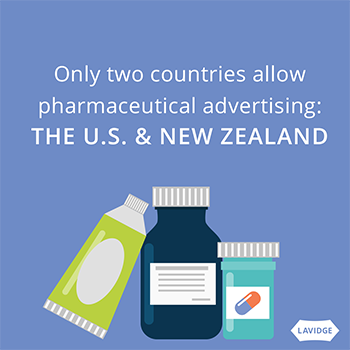 The final step is to choose specific media tactics. Thanks to our research, we’ve taken the guessing game out of the mix. Our audience profiling reveals granular information about our audience that will be useful for selecting appropriate media. For example, we know that allergy medication users are often driving on Central Avenue, Highway 51, and the NE and SE loops of the 202. With that information, we can select billboards for maximum impact.

Because our target market uses the internet a significant amount of time, we’ve dug deep into their online habits. We’ve learned that some of their significant destinations are Amazon, CNN, Facebook, Pandora, Pinterest and Spotify. Those are some of the websites we would recommend placing healthcare marketing to reach Arizona residents with allergies.

For cable television, as with other media, our strategy would be to buy media on channels where our target audience is larger than the norm. For people with allergies, some of the selected channels include DIY Network, Travel Channel and VHI. Local stations are also attractive for this audience, including court shows, daytime talk show, dramas, local news, and reality shows (dating and talent).

There’s no shortcut to effective media planning; it takes a deep-dive into an audience’s demographics and media-consumption habits.

Not sure where to start? No problem. LAVIDGE experts in healthcare media can point the way. To learn more, give us a call at 480.998.2600 or send email to [email protected].

The pharmaceutical industry is spending big dollars marketing medicine. Here are the drugs that threw down the most cash in 2015.