The Ingredients for Memorable Restaurant Advertising

Consumers weigh in on the best food service marketing strategies
Share This:

Our survey of consumers in the Southwest U.S. also provides direction about what kind of advertising elements they prefer. This data clarifies customer desires, but the results shouldn’t be taken as a directive because then all marketing might appear the same.

Still . . . it’s worthwhile data, a snapshot of consumer preferences. So, we should listen, especially when there is the kind of strong consensus we see here. 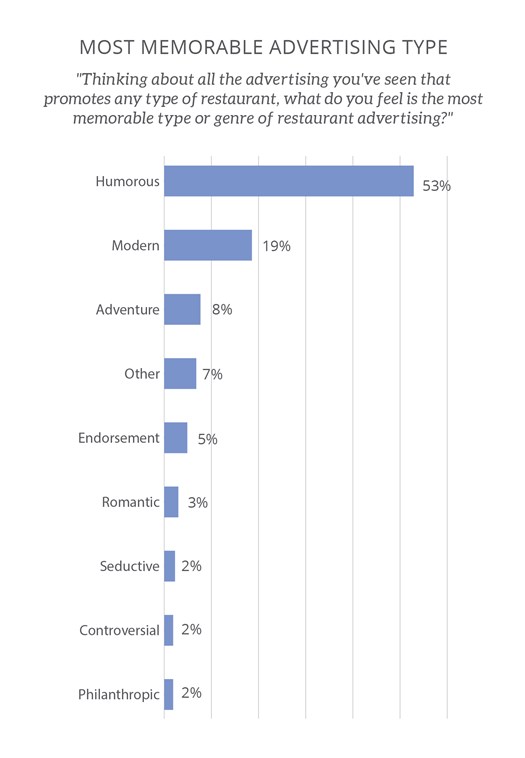 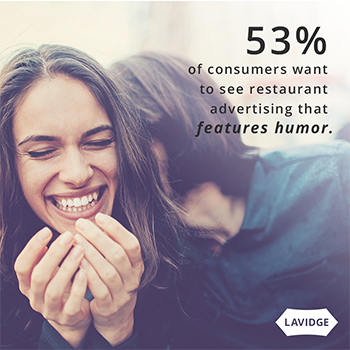 More than half of respondents, an impressive 53%, chose humorous as the most memorable type of genre of restaurant advertising. This was also seen in the open-ended questions that asked about dining establishment preferences. Multiple people commented about Jack in the Box’s hilarious “big head” commercials, and a large number were impressed by Sonic’s spots starring actors T.J. Jagodowski and Peter Grosz.

There’s a reason so many restaurants lean on humorous food advertising spots and why people prefer them—they work. A 2015 study by Nielsen found that humor is the most appealing method to use in an advertising campaign, preferred by 50% of consumers in North America. Funny doesn’t work everywhere; it drops to fourth place in Asia-Pacific and Latin America.

But even in the United States, there’s no one-size-fits-all when it comes to humor. The Nielsen study notes that “while humor resonates well across generations, the preferred style of humor can differ dramatically. Older consumers prefer clever, light-hearted humor, while younger consumers prefer offbeat, sarcastic and slapstick humor.” 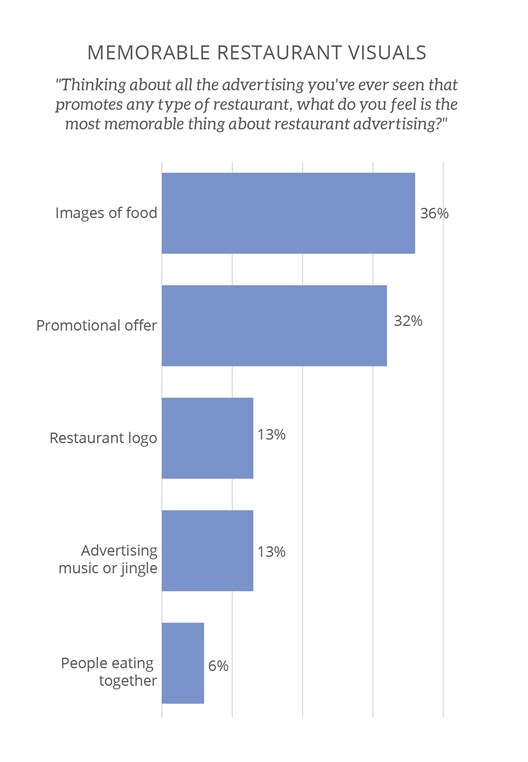 When it comes to making food service advertising memorable, study respondents want to see images of delicious food (36%). That’s certainly not groundbreaking, but research from the Max Planck Institute of Psychiatry has found that when we see images of food, our bodies respond with increased levels of hormones that control how we eat and metabolize food. This is why many restaurants show images of their food and beverage offerings on menu boards.

The second-most preferred advertising visuals are those with a promotional offer (32%). That’s why specials, limited-time menu items and coupons are so powerful. Who doesn’t want something new at a great price?