The advertising pay-off for the food service industry
Share This:

Marketing and advertising agencies like to use this well-known maxim: Awareness drives preference. It’s agency-speak for “buy a lot of media”—TV, radio, outdoor, digital, direct mail. This could be interpreted as a money-making ploy. After all, full-service marketing agencies usually earn commissions on placed media. But reach and frequency does indeed drive preference. The idea is simple: high brand recognition results in consumer purchases. This is why movie studios bombard us with trailers and why some companies’ spots seem to be permanent fixtures wherever our eyes land.

We were expecting to see the same thing in our food service industry marketing survey. Or maybe we were crossing our fingers. But we were pleasantly surprised to see an extremely strong link between brand awareness and consumer behavior. 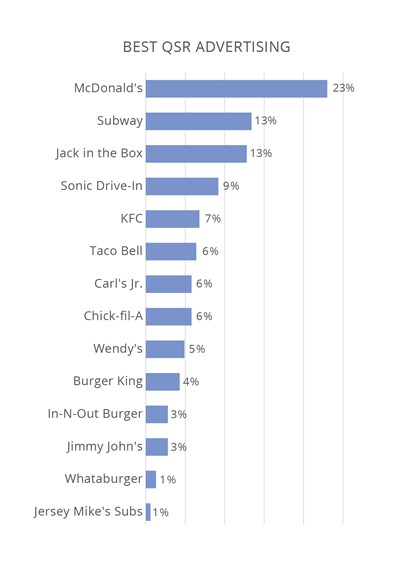 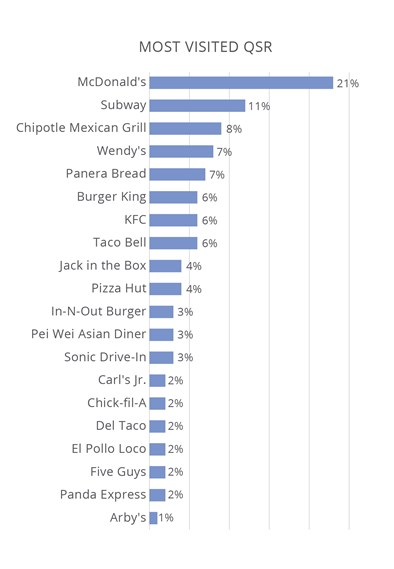 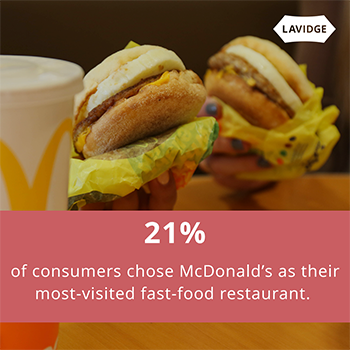 Yes, it helps that McDonald’s has the most restaurants in the United States of any quick service restaurant (QSR) other than Subway. But store proliferation alone can’t buy preference. Advertising does the trick. Offering breakfast all day helps, too.

The same marketing strategy works for the restaurant business runner-up, Subway, which was selected by 11% of our respondents as the fast-food restaurant where they most often dine. That corresponds closely to the 13% who said it has the best advertising among quick service restaurants.

From there, the comparisons between perceived advertising campaign quality and reported purchasing behavior among restaurant industry competitors fall away. The other top “best advertising” restaurants (Jack in the Box, Sonic, KFC and Taco Bell) don’t match up with those most visited (Chipotle, Wendy’s, Panera Bread and Burger King). But the numbers driving the percent ranking are small—right behind them at just a percent or 2 behind are KFC, Taco Bell and Jack in the Box.