The sentiment holds true across age groups, education levels and ethnicities
Share This:

This article is a brief abstract of our exclusive study that takes the guesswork
out of education advertising and marketing.

University campuses are here to stay. Whether on-campus or online, study respondents overwhelmingly said they prefer to take classes through a university than enroll in:

While attending a university in person was most popular among respondents overall (58%), online education (which trailed by 9 percentage points) was still preferred by nearly half of all participants (49%). 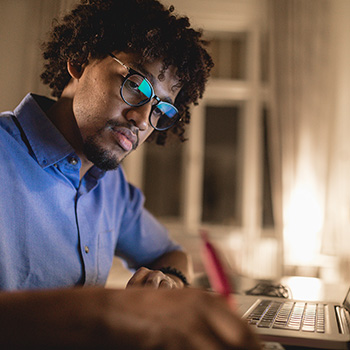 “Numerous public university systems and state flagships are planning ambitious online endeavors,” the Inside Higher Ed article’s subhead states. “How many succeed in a competitive marketplace will depend on pricing, execution, and leadership.”

Current education industry leaders in online-only programs include front-runners Arizona State University and University of Maryland University College, each of which boasts student enrollments of 25,000 or more.

One of many hopeful up-and-comers in online education, University of Missouri System also announced in March its plans to increase its student body from 75,000 to 100,000 by 2023, acknowledging such programs as a “key driver of future growth.”

It’s a leap forward that shouldn’t be too difficult for more universities to get students to take. That’s because online education as a choice for taking programs or classes ranks high among all age groups, education levels, and ethnicities.

Here’s how respondents who prefer online education break down by demographic:

Note: Of those who are within a certain age group, X% of them favor online education. The other percentage is left unsaid as it is assumed that it is the remainder. We start all over again with the next age group and X% of this group (separately from the previous age group) feel positively toward online education. 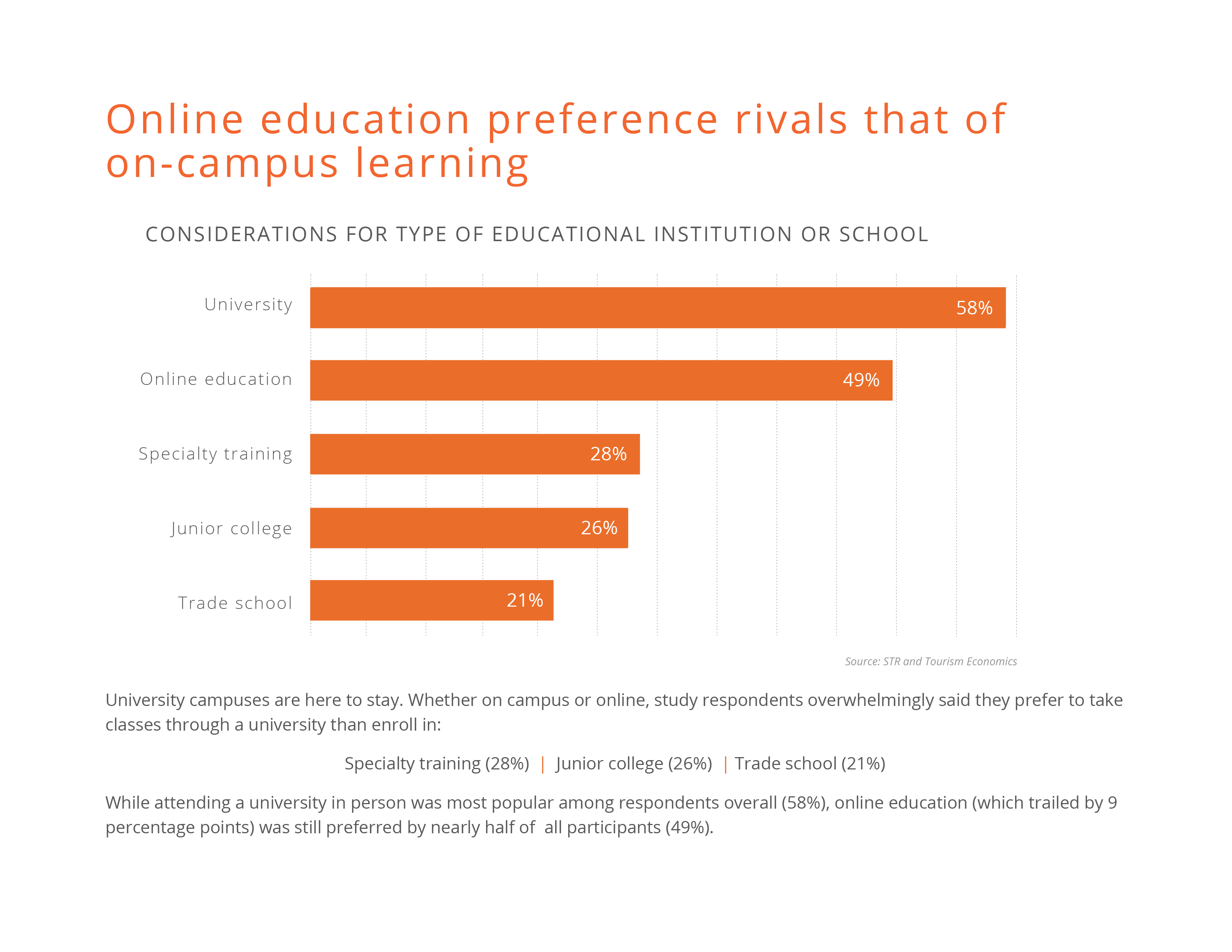 Demographics should play a role when marketers reach out to potential students. Who they are and where they are in life does influence whether they are likely to pursue a program of study at a university or a junior college. The same applies to those who already have a degree, whether they work full time or are retired and their annual income level.

Those who would more likely consider a university