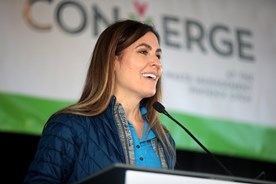 On-air radio personality Larry Gaydos of Gaydos in the Afternoon on KTAR News, 92.3 FM, mentioned CONVERGE hourly throughout the afternoon. KTAR Reality Check with Darin Damme wrapped things up at 6 p.m. with a shout-out during his show.

“Press coverage LAVIDGE secured for our event, both before and after, was great,” said Mara Pernick, Executive Director of invisionAZ. “It was a wonderful opportunity to see LAVIDGE's ability to get coverage for their clients.” 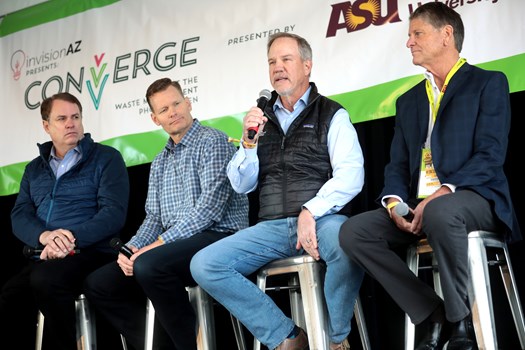 The lineup was impressive:

Pernick noted that the reach of the CONVERGE Tech summit exceeded expectations, as invasionAZ continues to see exciting outcomes from the Summit. And, by all accounts, the event was a clear success for attendees and Arizona, alike.

As reported by Bloomberg Environment and Phoenix Business Journal, CONVERGE served as the backdrop for multiple technology-sector deals which will pump millions into the Arizona economy.

There’s more to the story, however, than LAVIDGE successfully securing press coverage for CONVERGE.

LAVIDGE worked hard behind the scenes to bring the CONVERGE Tech Summit to the public, long before the first news headline hit the press. LAVIDGE President and CEO Bill Lavidge, a longtime member of the Phoenix Thunderbirds, spent months working with Pernick, along with invisionAZ CEO John Ragan ironing out event details. Kylie Lavidge, Senior Marketing Account Executive, also worked with them to bring the event to life.

“Working with Bill and Kylie was an absolute dream, phenomenal and a true highlight,” Pernick said.