LAVIDGE found a more meaningful use of its holiday budget—putting its money where its mouth was for the 2017 holiday gift-giving program.

The Phoenix-based unified marketing agency partnered with four top local bakeries to donate treats to Harvest Compassion Center, with the help of its clients’ participation. The campaign, hosted through an Instagram page, @letstreatphx, featured bakeries donating a baked good to Harvest Compassion Center for every ‘like’ the photos received. In addition, LAVIDGE contributed $1 to St. Mary's Food Bank for every ‘like’, which helped to feed 700 local families. 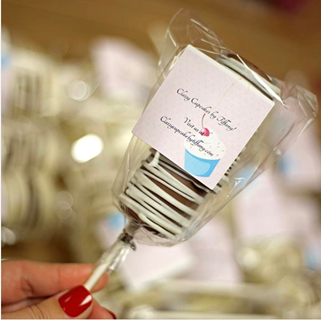 LAVIDGE provided more than 100 client representatives sweet treat packages that included details on how they could participate in the social media charitable campaign. The participating bakeries were A Bake Shop, Buzzberry, Classy Cupcakes by Tiffany and Urban Cookies.

“We are so fortunate to live in this community that we wanted to show our thanks in a manner that hopefully brought a lot of joy to others,” said Bill Lavidge, CEO of LAVIDGE. “We chose Harvest Compassion Center and St. Mary’s Food Bank, two charities we’re passionate about, and we're excited to have local businesses involved to make the initiative even more impactful.”

LAVIDGE enjoyed working with AZ Big Media to help spread the word on this holiday giving-back campaign, with a website cover story and social media channels including a Facebook post that said, "Just one more reason why we love The Lavidge Company" and a similar tweet on Twitter.