Best Companies Group: LAVIDGE is a Top Company to Work for in 2022!

PHOENIX (August 29, 2022) – LAVIDGE is honored to have made the 2022 list published by Arizona Capitol Times and Best Companies Group honoring the Top Companies to Work for in Arizona. 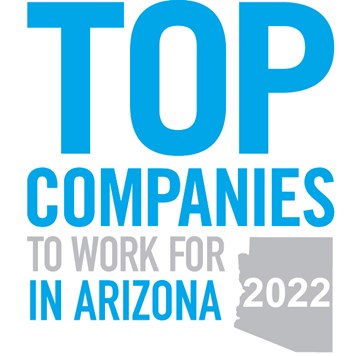 LAVIDGE received high marks from employees who responded to confidential email surveys collected from March 25 to April 8. To qualify, the Phoenix-based digital, ad agency and PR firm need a minimum percentage of employees to participate. Once that threshold was met, Best Companies Group and BestCompaniesAZ tabulated the results based on information about LAVIDGE workplace policies, perks and benefits collected in the original nomination in addition to the surveys employees submitted.

LAVIDGE made the 9th annual list for small businesses with between 25 and 99 employees. The awards were first announced during a private celebration which Arizona Capitol Times livestreamed Aug. 23 for winners only.

The complete list of Top Companies to Work for in Arizona 2022 was made public in a special print supplement included in the Aug. 26th edition of Arizona Capitol Times and on azcapitoltimes.com.