It’s All About the Experience

Sports teams tend to focus on promoting what they can control such as cost, players, or special feature nights.

Don’t be that team.

If you want to rise above the rest, your marketing content must be different. Instead, focus on the benefits of attending your live events.

Here are some tips on how to leverage advertising content effectively.

People won’t attend your sports event just to learn the final score. They could easily look that up online. They won’t come just because they can save a few bucks—which again, could easily be achieved by staying home. And they certainly don’t come because your most popular player will be signing autographs during an after-party—or do they? 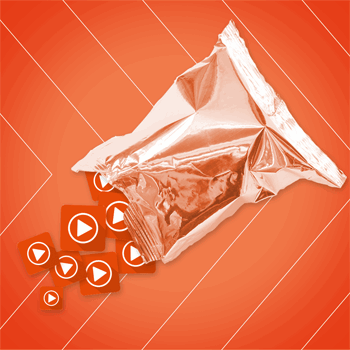 Okay, we take back that last one. Getting to meet a superstar one-on-one or in a small group is just one of the ways to create an experience fans will never forget. And those game day experiences are what drive people to buy tickets for events at your arena, race track, stadium, golf course or field. It’s about the energy of thousands of cheering fans or honoring the tradition of a quiet golf clap when appropriate. It’s the nostalgia of ordering peanuts and popcorn even though vegan peach yogurt is available on the second concourse. And it’s, well, if you ask 50 people, you’ll get 50 answers—each detailing a unique, rich, personal experience.

We know, because we tasked several employees with attending an Arizona Diamondbacks game for just this purpose. Here’s what we learned.

You’ve got the tools…

You no longer need a professional video crew to capture on-the-spot testimonials from fans. Nearly everyone owns a SmartPhone with a built-in video camera. Having the “talent” record themselves, or having an employee record it on their SmartPhone during the actual event, adds a level of authenticity you just can’t get from scripted remarks shot using professional video cameras on set, complete with perfect lighting and sound.

We shot all of our own video on location, but you don’t have to do it that way. You could invite fans to shoot and upload content using an app, to a social channel using a hashtag or to a specific email address. The JumboTron or printed program could include instructions on how to do so, and encourage fans to participate before the end of the game. While you don’t control what you receive, you get the chance to curate the submissions and decide what to do with them. You also might learn what’s on customers’ minds along the way, opening more avenues for future promotions.

In any case, during the Diamondbacks shoot, LAVIDGE employees scattered throughout the facility to capture emotional moments and a significant amount of b-roll. This step was necessary so we could create a quality production with all of the testimonial vignettes once back in the studio. From them, our creatives in video production and video editing added original voiceovers to craft a single spot suitable for the Diamondbacks to place on broadcast television.

Let us show you the way…

Like many organizations, the Arizona Diamondbacks had an internal marketing team responsible for annual campaigns. They saved money by handling most of their own campaigns. But they realized at some point they needed help capturing their brand for their fans.

That’s where LAVIDGE came in, as an agency and a mentor. So, yes, we created the first television spot and we generated the concept and materials necessary to do so.

From there, the baseball team’s internal marketing department was able to replicate what we’d done to create several more.

In addition, we created a set of social media collateral ready to share online. We showed them how to shoot in the same style, capture and use b-roll during games, and fine-tune with voiceovers back in the production studio.

If you’re planning on doing something similar, here are a few tips. Keep the content short. Think “snack-size” when generating video content so it’s easy for viewers to digest and fun for them to share on social media.

Most of all, keep it real. Now, more than ever, consumers are wary of anything fake. So never give them a reason to doubt.

Not sure where to start? LAVIDGE can help. We have an extensive history working with teams, retailers and sponsors connected with a variety of sports in multiple states.

Promoting video: paid, organic or both?

Video is hot. But how are marketers using it to advance their agendas? Courtesy of eMarketer.com, here's a peek at ways video is being put to use. 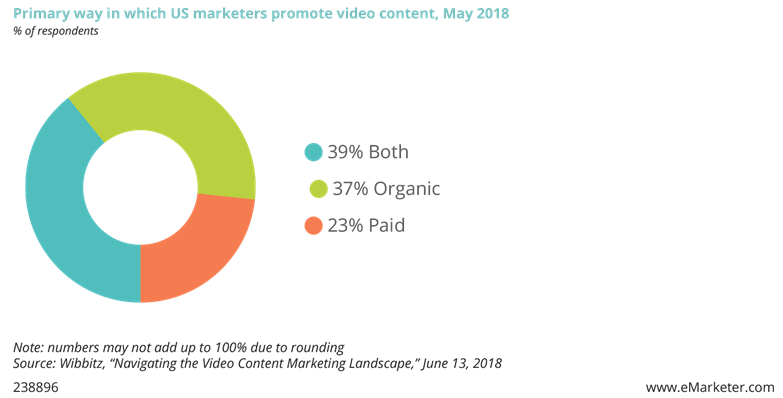 Methodology: Data is from the June 2018 Wibbitz report titled "Navigating the Video Content Marketing Landscape." 1,064 US marketers were surveyed in May 2018. Wibbitz is a technology company that creates text-to-video content.