Give Your Search Results a Lift

There’s more than one way to the top, and that’s especially true when it comes to ranking well in search engine results.

You are probably already investing significant amounts of money and time building your brand name as the authoritative source for information in your genre. Associating your organization with an existing authority by sponsoring a major sports organization which has high domain authority and page rank nirvana, you can reap additional search engine optimization benefits.

Here are three steps to leveraging your sports marketing partnership for the greatest results.

Get a link, better yet, get a sponsor page

Backlinks to your home page are great. Getting your own sponsor page on the team site that can rank for your brand name is even better. 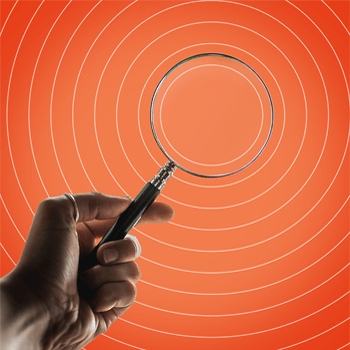 Here’s why. Having more positive stuff rank about you when your brand is searched is a good thing, and because it is attached to the team site your sponsor page will rank quickly for your brand name. You can, and should, link to your home page from the sponsor page. Just don’t skip this step if at all possible. Making it part of your sponsorship agreement negotiations will pay off long-term as your own search rank improves.

If you can’t get a link to a page on the team site, explore alternatives. Consider creating a co-branded page hosted on your site with a link through from the team’s page. Or create a contest connected to the sponsorship and host it on your site. Perhaps offer a giveaway with contest rules requiring customers to link to your page for entry or for prize redemption. Links back to your site can collectively improve your page rank, as long as there are enough of them or they are hosted on authoritative pages. This could include getting social media influencers to post your link or bloggers who are considered experts in the marketing space you intend to capture.

Elevate your domain name throughout your sponsorship instead of just using your brand name. You can do this by including your URL with everything. That way your website automatically gets a mention in every message. For example: When grocery shoppers hear “Frysfood.com Clicklist” often enough, for example, they not only learn to associate the branded term Clicklist with Fry’s Foods but know exactly where to sign up and place an order. This is especially important for businesses like Fry’s which share a name with an unrelated brand. Customers who visit frys.com expecting to order breakfast cereal and diapers will be disappointed—and could be possibly confused—when they land on an electronics store instead of Clicklist.

The domain name association will stick long after your sports sponsorship has expired. Consider the former Jobing.com Arena located in Glendale, Ariz. The name of the West Valley sports arena in Phoenix-metro area officially changed to the Gila River Arena in September 2014. While the new sponsor is surely reaping benefits from the new naming rights—as are the city coffers—jobing.com has retained its status as a household name. More importantly, the local version phoenix.jobing.com ranks first in Google search for “Phoenix job sites,” followed by CareerBuilder.com, Phoenixjobs.com, Indeed, and ZipRecruiter.com, with the local newspaper’s digital source, jobs.azcentral.com, coming in sixth.

Of course, using different search terms will change the results. Paying attention to the keywords searchers use to find you can help determine whether using a vanity domain for a specific contest or sponsorship will help you achieve the results you want. In any case, make sure it links back to your homepage or your online store—wherever it makes the most sense in your particular sales or lead funnel within the overall customer journey.

Another Arizona-based sports marketer, GoDaddy, used this tactic successfully by initially branding itself “GoDaddy.com.” It showed up in logos on NASCAR vehicles and on the fire suits worn by members of its racing teams. And it flashed on millions of television screens during the Super Bowl. Irreverent attitude aside, sports marketing undoubtedly helped elevate the brand as it quickly rose to become the largest in its space. GoDaddy then expanded its offerings beyond domains to include web hosting and software as a service, long before the term “SAS” was officially a thing.

Just like Glendale’s arena has dropped Jobing.com, GoDaddy has long since dropped “.com” from its name and logo after establishing itself as an authoritative URL in its space.

While sponsoring a sports organization can boost your search results, remember to stay on track with the best practices for search you already have in place. It’s only one of many ingredients needed to rise to the top.

Not sure where to start? LAVIDGE can help. We’ve worked with teams, retailers and sponsors in connection with a variety of sports in multiple states. We can help you too.

Do television ads have an impact on website traffic? Courtesy of eMarketer.com, we know that if they run during a Super Bowl they certainly do. In fact, going to a sports marketer’s website is the No. 1 action such spots prompted (although more than half said they took no action). See the chart below for details.

Methodology: Data is from the February 2018 Instart Logic survey conducted by Propeller Insights. 1,117 US internet users ages 18+ were surveyed online during January 16-19, 2018. Data was weighted to the US census for age, gender, region and ethnicity.