This article is a brief abstract of our exclusive study that takes the guesswork
out of advertising and marketing for retail services. 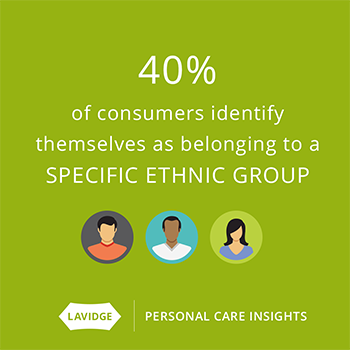 your retail services business isn’t paying attention to ethnic consumers, you’re missing a large, influential and loyal market. According to the U.S. Census Bureau, here’s how ethnicity shakes out:

Do the math; nearly 40% of consumers identify themselves as belonging to a specific ethnic group. You can ignore them if you want, but your competitors probably won’t. Effective ethnic marketing often means communicating with consumers in their language and on their turf. Simple translations, which often do more harm than good, won’t do the trick.

To assist the retail services industry with creating optimal advertising, marketing and public relations messages to attract customers, LAVIDGE recently fielded a comprehensive consumer survey. Here’s a preview of a fascinating insight about ethnic consumers from the report. 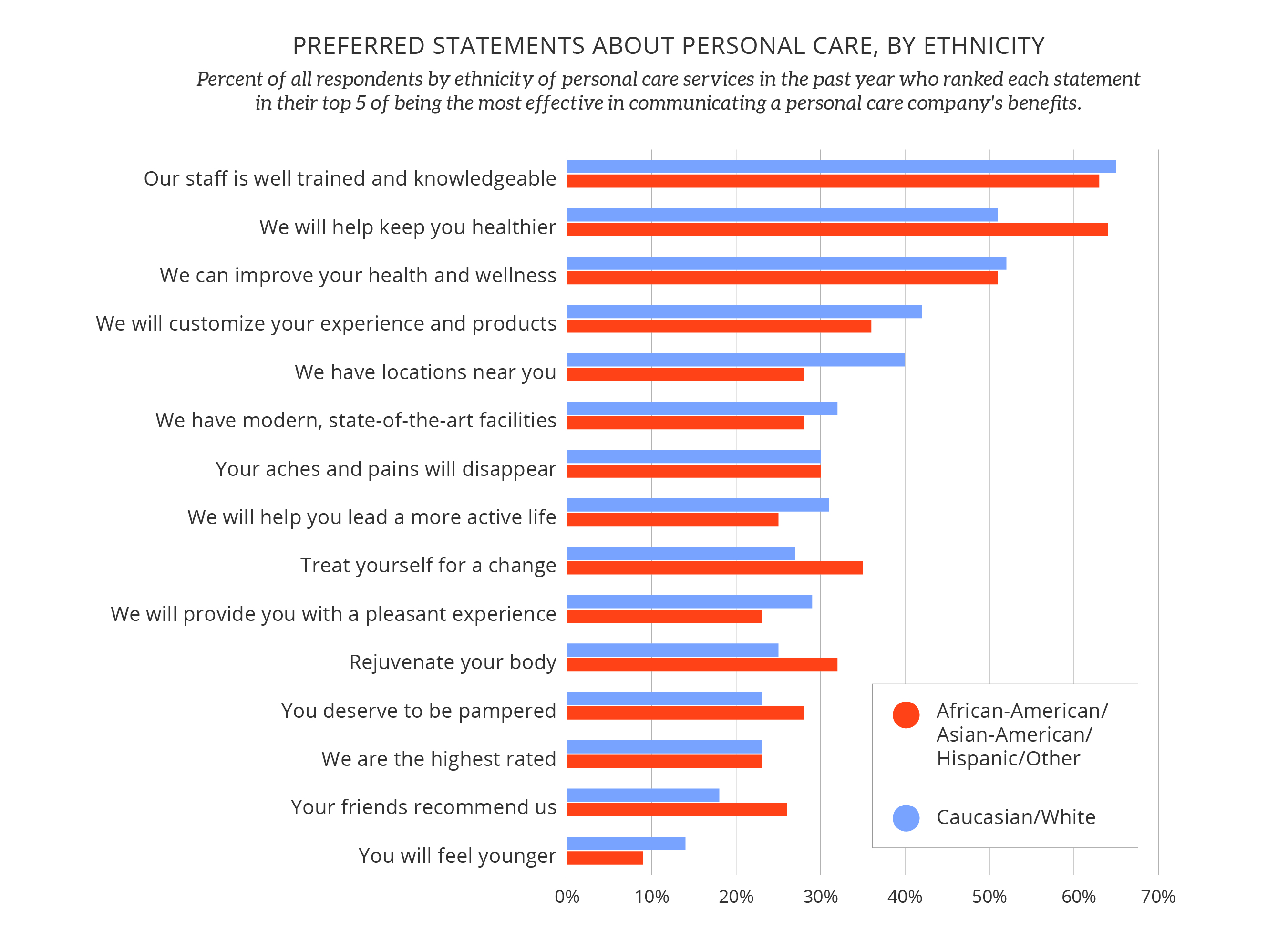 Be authentic and speak their language

Nearly 20% of survey participants identified themselves as African-American, Asian-American and Hispanic. Together, they reveal subtle but meaningful differences about retail service customers compared to the larger group of Caucasian/white responders. 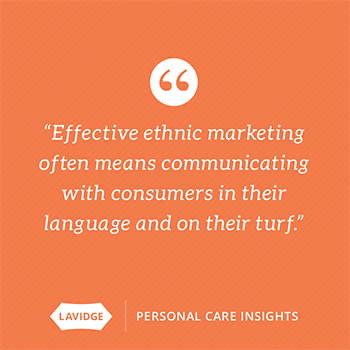 Ethnic responders chose “We will help keep you healthier” as their top-rated statement, favoring it a substantial 13% more than Caucasians. That’s a fascinating preference, especially because a National Institutes of Health study found that “racial/ethnic minorities generally engaged in fewer healthy exercise and dietary behaviors than whites, with differences more pronounced in middle adulthood.”

Mark Suarez, Principal and Managing Director at LAVIDGE's partner, Mosaic Multicultural, says this disparity can likely be attributed to the fact that advertisers rarely focus on ethnic minorities. “Minorities don’t often receive marketing messages about retail services or preventive healthcare,” says Suarez. “That can make them more receptive to authentic communication that promises to keep them healthier. They’ll respond to such messages because, finally, someone is literally speaking their language.”

Messages of convenience are of moderate interest to Caucasian/White responders, with 40% preferring the statement “We have locations near you.” But that message resonated with only 28% of ethnic responders. Why?

“Ethnic minorities won’t believe marketing that promises nearby locations because it’s not a credible claim,” says Suarez. “Take a drive to neighborhoods with significant minority populations and you won’t see many retail service stores, and certainly not national brands. Mostly what you’ll find are some mom-and-pop stores that do quite well.”